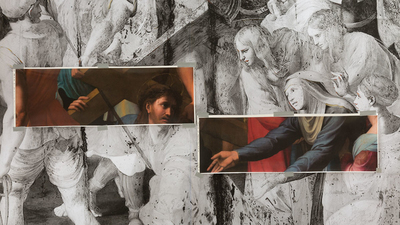 Ahead of the three live discussions in collaboration with The Art Newspaper on 1, 2, 3 May 2020, Adam Lowe, founder of Factum Foundation, answered Ben Luke's questions for This Week in Art, focussing on how new technologies such as digital scanning and artificial intelligence (AI) are being used to create facsimiles of historic paintings. 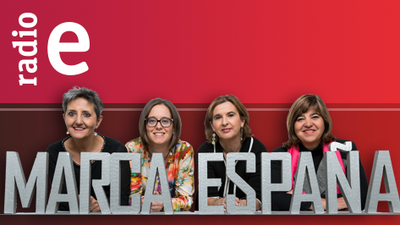 (Spanish) A wider collaboration between Factum Foundation and CEEH (Centro de Estudios Europa Hispánica) will culminate in a display and exhibitions project for the new Casa Natal de Velázquez in Seville, established by the author and journalist Enrique Bocanegra and projected to open in 2021. Carlos Bayod from Factum Foundation talks about the first step of this collaboration: the recordin of Old Woman Cooking Eggs in the National Galleries of Scotland, Edinburgh. 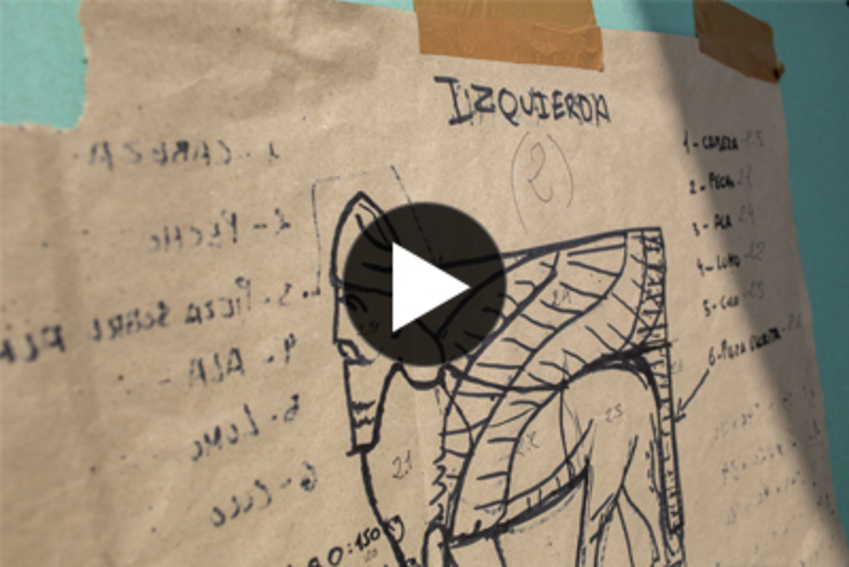 V&A Director Tristram Hunt asks whether digital technology undermines or enhances the role and function of museums and galleries. Hartwig Fischer, director of British Museum, talks about the donation of the exact facsimiles of two lamassu sculptures to the University of Mosul and the collaboration between the museum, Factum Arte and Factum Foundation. 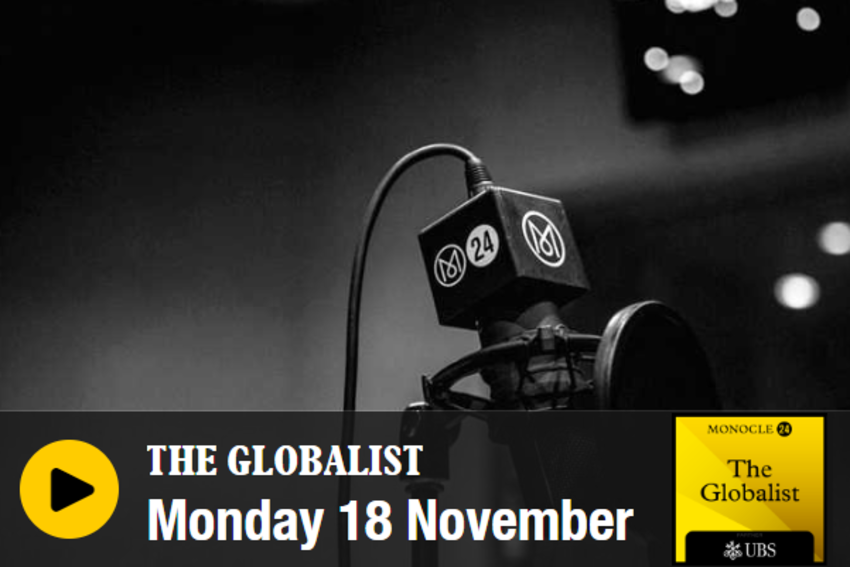 In the aftermath of one of Venice's worst flood in years, resulting in damages for millions of euros and the loss of priceless works of art, Adam Lowe talks about Factum Foundation's project in the city, ARCHiVe, and how the technologies employed by Factum Arte can contribute to protect Venetian cultural heritage. 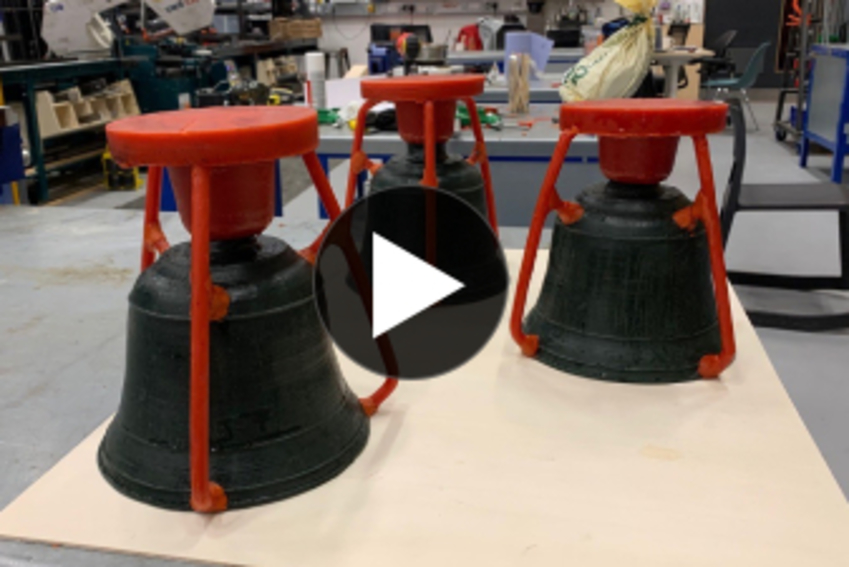 In 2017, Britain’s oldest continuously working factory in the country, the Whitechapel Bell Foundry, was sold to American developers who wanted to turn it into a boutique hotel. Just last week the government intervened to prevent Tower Hamlets from granting permission to the proposed development. Gillian Darley, who writes about architecture and landscape, and Stephen Clarke, a trustee of the UK Heritage Building Preservation Trust, consider the importance of commercial viability rather than sentiment when it comes to protecting old buildings and industries.

Whitechapel Bell Foundry was formally founded in 1570 and continued casting bells until 2017. It cast the Liberty Bell and Big Ben. In this episode, Dan talks to Adam Lowe who is part of a campaign to get the Foundry back into action.

Marina Abramović and Adam Lowe's interview for The Art Newspaper

Marina Abramović and Adam Lowe were interviewed at Masterpiece London Art Fair 2018 by Gareth Harris for The Art Newspaper. The artist expresses her views on Five Stages of Maya Dance, the series of five alabaster portraits produced at Factum Arte and talks about immateriality, mortality and the "process of disappearance" that embraces the sculptural artworks, presented in collaboration with Lisson Gallery. 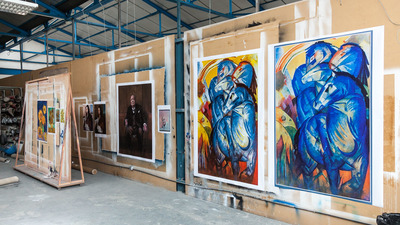 Adam Lowe talked to The Art Newspaper about a new TV series in which seven lost paintings are recreated. Mystery of the Lost Paintings is a seven-part television series produced by Sky Arts and developed as a collaboration between Peter Glidewell, Ballandi Arts and Factum Arte. The series focuses on seven great paintings by Vermeer, Monet, Van Gogh, Franz Marc, Klimt, Lempicka, and Sutherland that were destroyed, stolen or lost during the 20th Century. 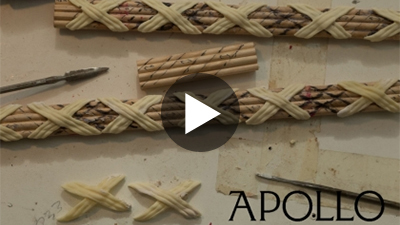 Thomas Marks talks to Adam Lowe about thel role of by digital recording and reproduction in the conservation of world heritage, as well as in art-historical interpretation and the creation of contemporary art. 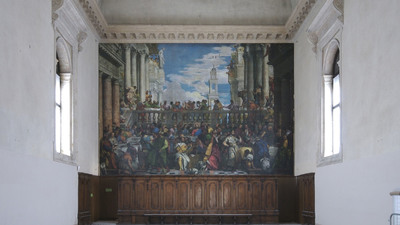 The strange desire to possess works of arts

La Série Documentaire, a radio broadcast produced by France Culture, dedicated four podcasts to the issue of discovery, protection and recovery of works of art. Journalist Perrine Kervran researched the role and responsibility of museums, collectors and foundations in caring for objects. Entre spoliation et restitution, cet étrange désir de posséder les œuvres d’art asks historians and conservators from the Louvre Museum, Neues Museum, College de France and Factum Foundation to present the historical evolution of these issues. The third podcast is a chronicle of the arrival of Paolo Verenose's Wedding at Canna to the Louvre and its return as a facsimile to San Giorgio Maggiore. 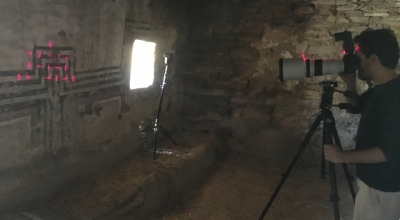 Adam Lowe presented a talk at Project Space in Art Jameel (Dubai), titled Traditional and Digital Artisans Meet, exploring the ways in which new technologies are being used in both architectural conservation and contemporary art. 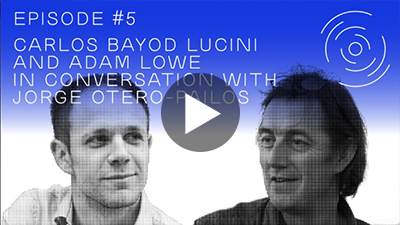 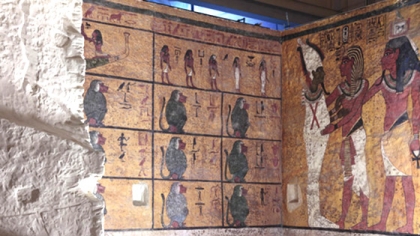 Spanish experts working in the Valley of the Kings, Egypt

Paula Duarte interviews Carlos Bayod about the scan job being performed in the tomb of Seti I, the largest Tomb in the Valley of the Kings in Luxor.

Interview with Adam at the Royal Academy of Arts

BBC Radio 4´s John Wilson discusses the function of Factum Arte´s Veronica Scanner and its relevance to the Art World in an interview with Factum´s director, Adam Lowe at the Royal Academy of Arts. 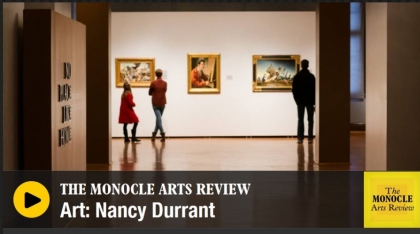 Nancy Durrant talks about her portrait taken with the Veronica Scanner

Nancy Durrant, commissioning arts editor for ‘The Times’ explains what it is like to have your portrait taken and bust 3D printed from data recorded in the Veronica Scanner with high resolution photogrammetry at the Royal Academy of Arts, London.

Adam Lowe, guest of the Museum of Curiosity on BBC Radio 4

Adam Lowe was one of the guests of the Museum of Curiosity programme on BBC Radio 4!

The Museum of Curiosity, is a comedy panel game on BBC Radio 4 hosted by John Lloyd. He acts as the head of the (fictional) titular museum, while a panel of three guests – typically a comedian, an author and an academic – each donate to the museum an ‘object’ that fascinates them. The radio medium ensures that the suggested exhibits can be absolutely anything, limited only by the guests’ imaginations 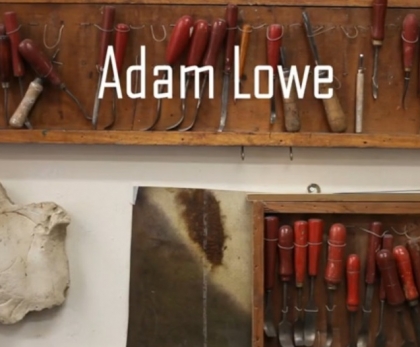 Roger Law meets Adam Lowe - the man who can recreate any object in perfect detail. His company Factum Arte has reproduced great works of art, such as Veronese'sThe Marriage at Cana which was taken by Napoleon's troops from Venice and now hangs in the Louvre. Adam created an exact replica which is now displayed in the original setting in the Palladian refectory in Venice. The next challenge was even more ambitious - a life size reproduction of Tutankamun' tomb. Roger Law travels to Madrid to discover the secrets behind these extraordinary creations.

View programme How did they do that?