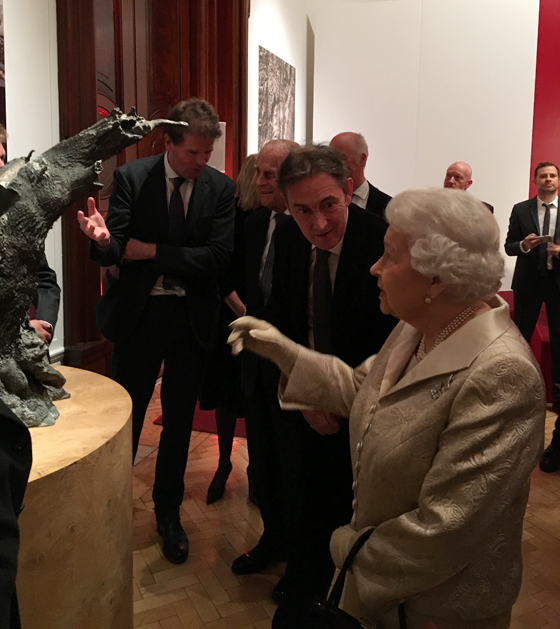 Queen Elizabeth II and Adam Lowe, Director of Factum Arte. Her Majesty presented with the miniature version of the Signing Oak Tree at the Royal Academy of Arts, October 2016 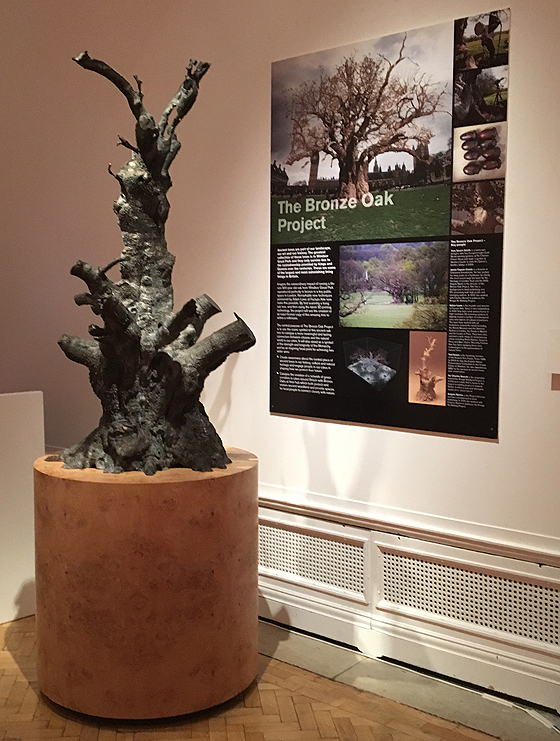 The final miniature bronze oak tree on its plinth at the Royal Academy of Arts, London. 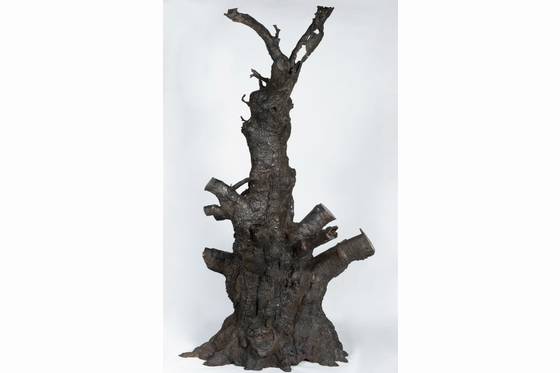 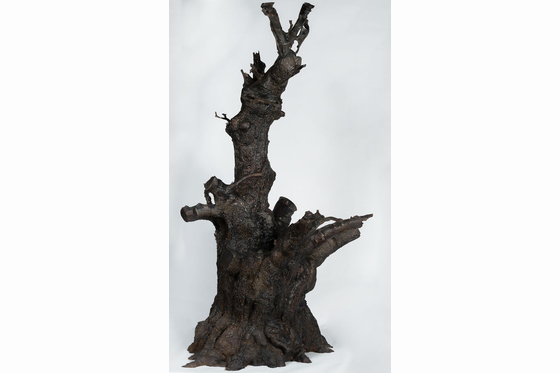 Ancient trees are part of our landscape, our art and our history. As remnants of the ancient wild woods, the oak tree inspires a sense of awe and mystery and is an enduring symbol of British identity. Britain has the largest number of ancient oaks in northern Europe. Most of them are found in its Medieval royal forests, such as Windsor Great Park and Sherwood Forest, where Kings and Queens have been custodians for over a thousand years: these are some of the largest and most astonishing living things that can be seen in the UK.

These thousand-year-old oaks represent a biological continuity dating back perhaps only seven generations to the last ice age. They are not only of historic interest but are also a valuable part of our cultural heritage (Ted Green, conservation consultant at Windsor Great Park and a founding member of the Ancient Tree Forum). 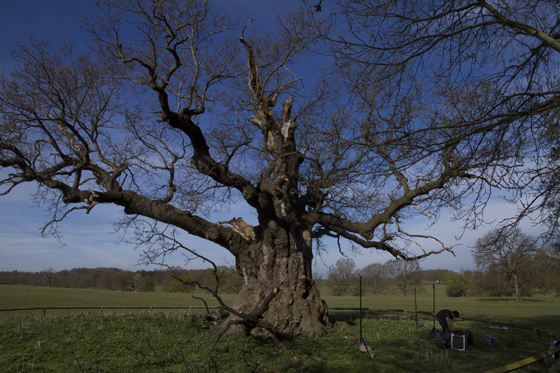 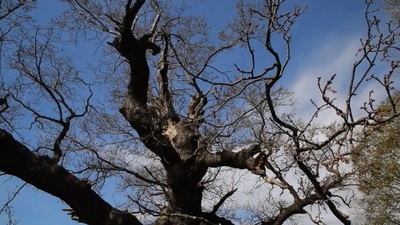 Two Canon 5DSR cameras with two different lenses (a Canon 100-400 mm. & a Sigma 50 mm) were employed to photograph the whole tree. Each image was captured with a 90 degree overlap, in preparation for these to be stitched together using specific photogrammetry software.

Most of the tree trunk was recorded from the ground, and a cherry-picker was employed to record the branches from higher angles. Leaves and acorns were cast directly from life. 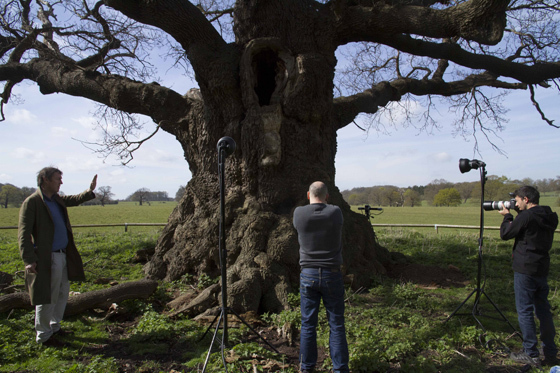 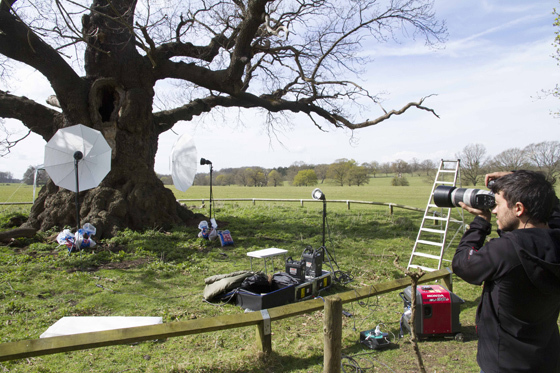 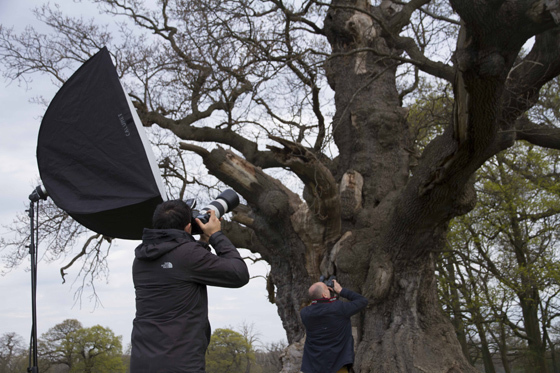 The branches were recorded from the ground using two different lenses: a Canon 100-400 mm and a sigma 50 mm

Test scans with the Breuckmann 3D White Light scanner were also carried out by Factum´s Pedro Miró - however, the scanner was soon deployed for a combination of different factors which made it impossible to scan the tree at the desired resolution. 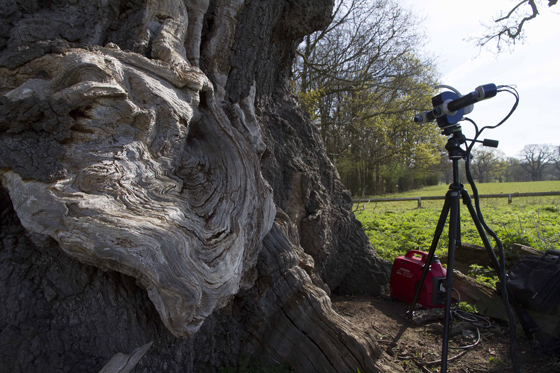 Over 5000 50mb images were taken in total. The data gathered during recording was then stitched together using highly specialised software to create an accurate, digital 3D model using Capturing Reality´s RealityCapture software. 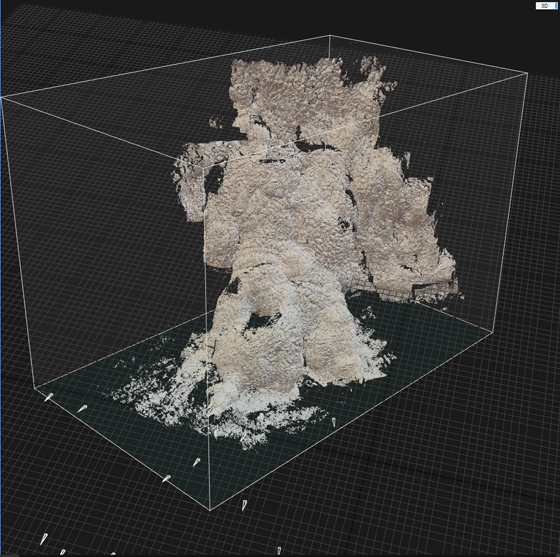 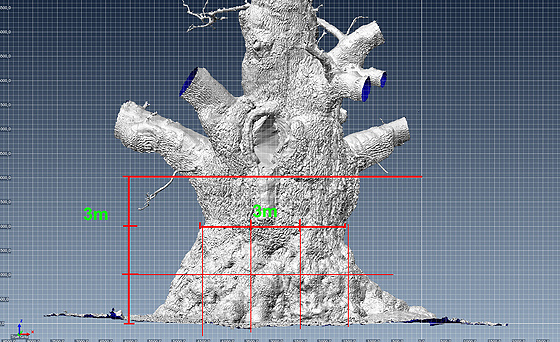 The miniature replica was made using a combination of digital and artisanal techniques.
3D Stereo Lithography (SLA), a form of 3D printing with Epoxy resin, was used to materialise the digital 3D model of the tree. The tree trunk´s 3D print was subsequently moulded in silicon and then cast in bronze using the lost wax technique in a centrifugal casting system at the Esfinge Foundry in Madrid, to replicate every possible detail. 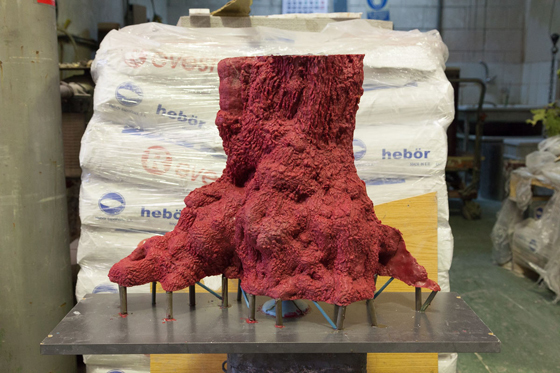 External view of the miniature tree cast in wax 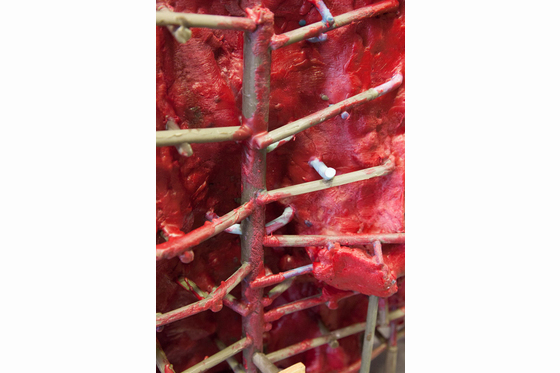 Runners on the interior of the wax cast 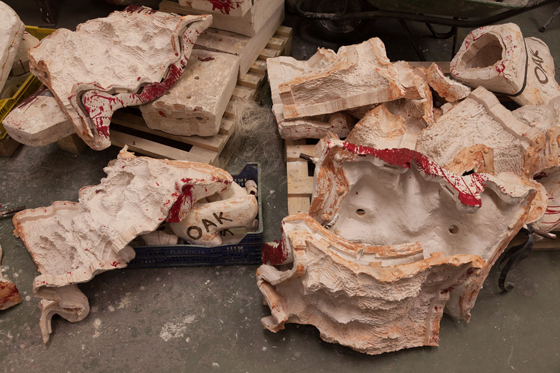 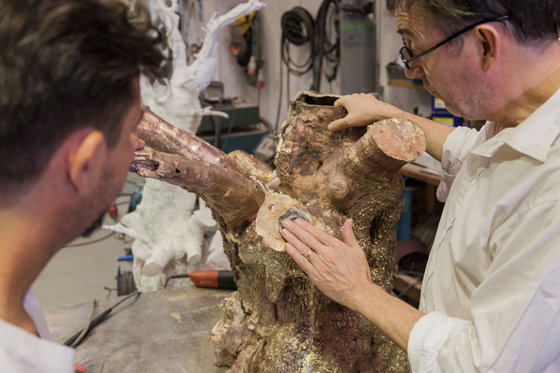 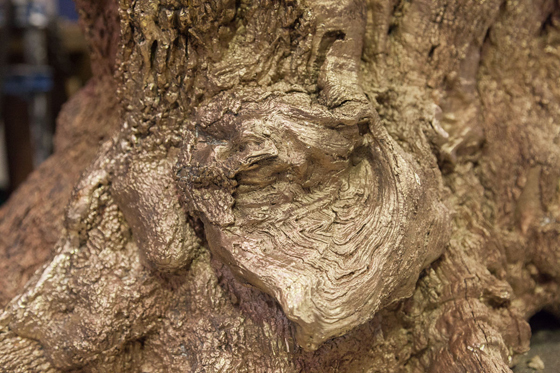 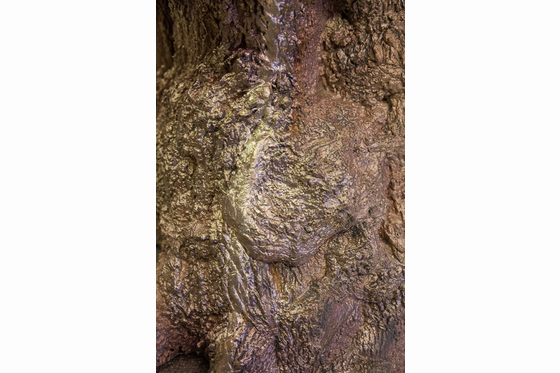 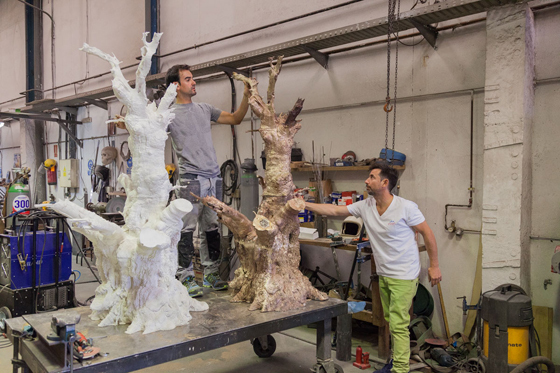 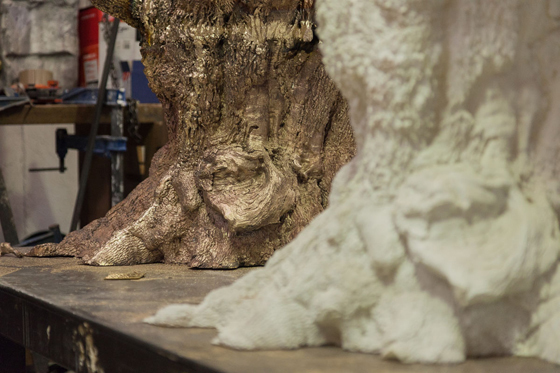 In October 2016, on the year of Her Majesty´s 90th birthday, the very first miniature replica of the 900 year old oak tree was presented to Queen Elizabeth II at the Royal Academy of Arts, London - to launch the Bronze Oak Project and to represent the Monarchy´s central role in the protection of oak trees across the UK. 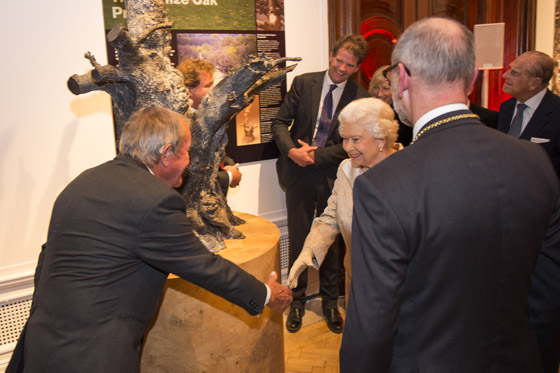